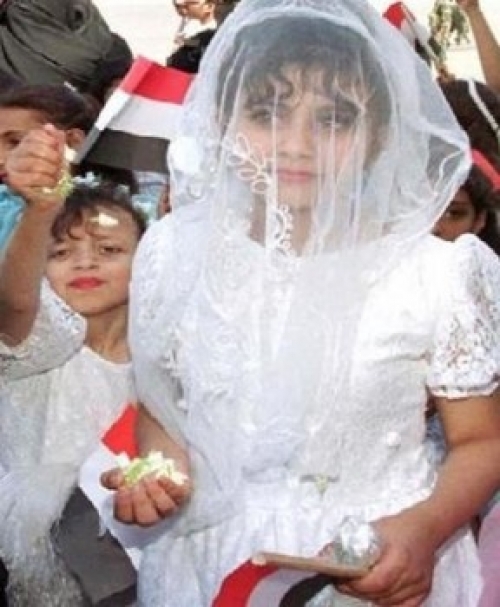 An eight year old bride identified as Rawan, died in Hardh in the governorate of Hajjah in northwestern Yemen, from internal injuries on her wedding night, bleeding to death after deep vaginal tearing caused by sex with her 40 year old husband, according to a report issued by UPI on Sunday, Sept. 8.

Activists in the region are fighting for forced child marriage to be banned, and they have called for police to arrest the girl’s husband and family.

The issue of forced marriage of child brides is a socially accepted custom and is widespread in many rural areas in Yemen.

A February 2009 law set the minimum age for marriage at 17, but it was repealed after some conservative lawmakers called it un-Islamic.

In particular, a prominent Islamic cleric, Abdulmajeed al-Zindani, issued a fatwa in support of the practice, declaring supporters of a ban on child brides to be apostates, and ultimately leading a successful campaign against legislation that would prevent adult men from marrying children.

Legislators have been looking at ways to curb the practice and they have so far been unsuccessful.

Currently the law states that parents should decide when a daughter marries. Unfortunately, reports indicate more than a quarter of Yemen’s females marry before age 15.